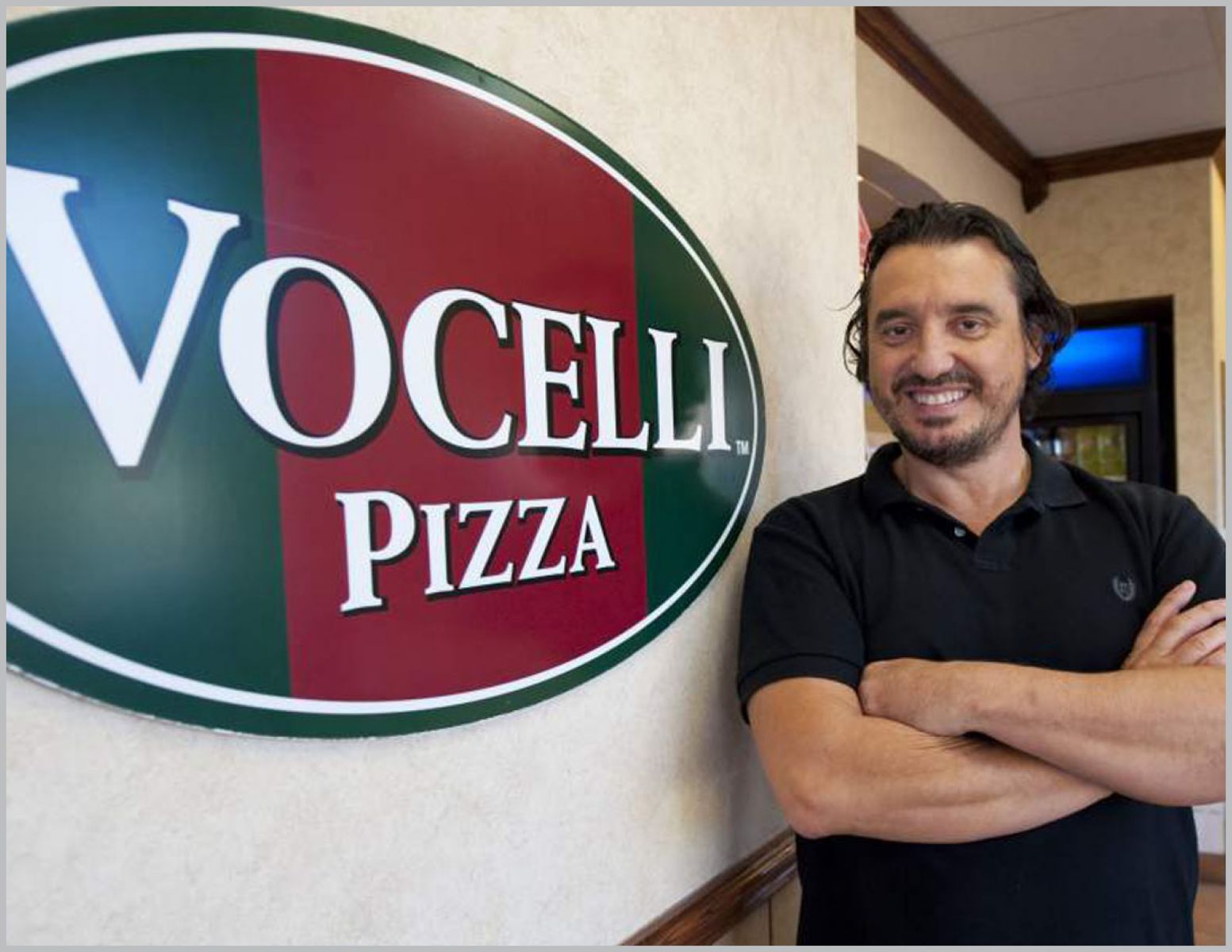 The Vocelli Story begins in a mining town in Zonguldak, Turkey where Varol Ablak was born. His father was a mining engineer so Varol’s childhood was spent moving from one mining town to another as his dad followed the work.

This journey took them from Turkey to Essen, Germany and then on to Lynn Lake, Canada in northern Manitoba. When Varol was 8 years old, the Ablak family came to the United States in 1969 to St Paul, Virginia. The moving continued to mining towns in West Virginia, Ohio, Kentucky and eventually settling in Pittsburgh, Pennsylvania.

Varol planned to follow in his father’s footsteps and become an engineer, but after he completed three years of college in the industrial engineering program at the University of Pittsburgh, he decided the engineering life was not for him. Wanting to start his own business and fueled by an entrepreneurial spirit, he left college in search of a more rewarding path. One that didn't leave him at the mercy of a job transfer or a company layoff.

That search led him to a job washing dishes for a local pizza restaurant in Biloxi, Mississippi. It was there that Varol fell in love with the pizza business and the fun of succeeding with a hard working team.

At 24 years old, Varol opened his first business, an all-you-can-eat pizza buffet franchise in Chalmette, Louisiana, a suburb of New Orleans. The venture was very successful so Varol’s father, Harry, and the family moved from Pittsburgh to New Orleans to also learn the pizza business. Within 6 months, Varol expanded the family business and opened a second store with his father in Covington, Louisiana.

The father-son team loved working and building their businesses together, but with the pizza delivery industry skyrocketing, they sought to go back to Pittsburgh to launch a new business focusing on delivery and a much higher quality pizza. Varol and Harry sold their two stores in Louisiana and headed back to Pittsburgh, taking with them the lessons they had learned as franchisees.

Challenged with developing his own quality recipes, Varol created his new products from the finest ingredients available. The pizza recipes begin with a signature pizza sauce that is fresh-packed, never from concentrate. The tomatoes are rushed from the farm fields of California and canned within 6 hours after they are packed and preservatives are never used. The dough is made with the best spring wheat available and mixed with extra virgin olive oil. The 100% mozzarella is a fresh, never frozen, all natural Wisconsin cheese. And all of Varol’s award-winning, artisan pizzas, are crafted from family recipes.

On January 30th, 1988, Varol and his family opened the first store in Mt. Lebanon, a suburb of Pittsburgh. That same year they opened a second location in McMurray, and a third location in Oakland came just four months later. Over the next four years, there would be 20 restaurants open in the Pittsburgh area. The focus on a high quality pizza delivered and an aggressive marketing plan quickly put the small company on a path to success.

Varol began to receive requests from some of his team members who, much like he had a decade earlier, saw the potential for profit and freedom as business owners. They wanted to partner with Varol and learn from his successes. He couldn’t resist the opportunity to work with fellow entrepreneurs. As CEO of the new startup, Varol understood that the most important recipe was the people.

In 1993, Varol began to realize the potential of the business and the first franchise was sold. The rest, as they say, is history.

Today, Vocelli Pizza has approximately 2,000 employees and over 100 stores open and in development. Varol has built a winning support team at the Franchise Support Center and a team of successful franchisees. "For us to succeed, the franchisees must succeed" says Varol.

Varol began his entrepreneurial dream with a wish for something better. Today, he offers franchisees a chance to make their own business dreams come true by sharing his proven recipe for success.